Two roads diverged in a yellow wood,
And sorry I could not travel both
And be one traveler, long I stood
And looked down one as far as I could
To where it bent in the undergrowth;

Then took the other, as just as fair,
And having perhaps the better claim
Because it was grassy and wanted wear,
Though as for that the passing there
Had worn them really about the same,

And both that morning equally lay
In leaves no step had trodden black.
Oh, I kept the first for another day!
Yet knowing how way leads on to way
I doubted if I should ever come back.

I shall be telling this with a sigh
Somewhere ages and ages hence:
Two roads diverged in a wood, and I,
I took the one less traveled by,
And that has made all the difference.
Robert Frost

I know I am
but summer to your heart,
and not the full four seasons of the year.
Edna St. Vincent Millay 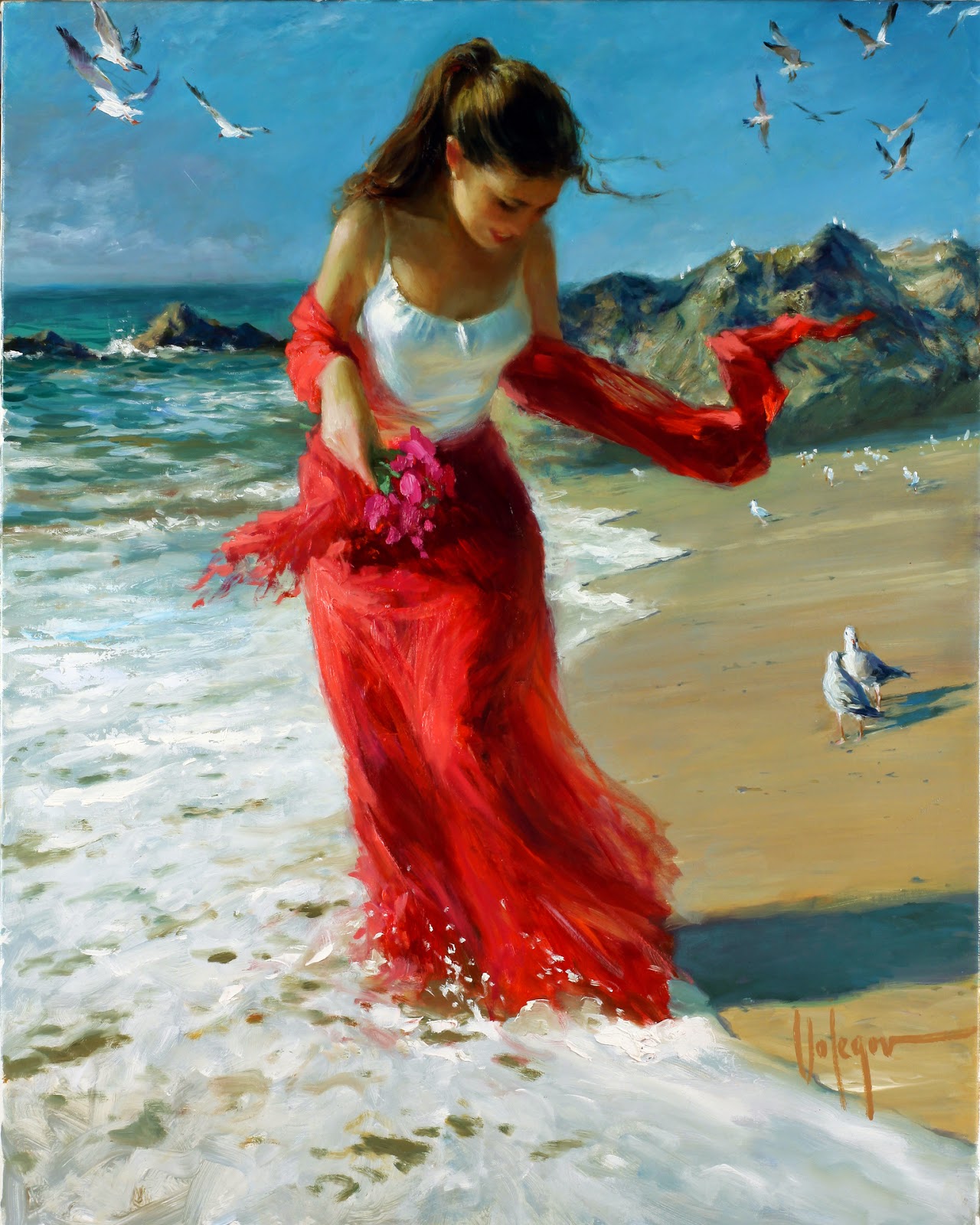 Tis The Last Rose of Summer

'Tis the last rose of summer
Left blooming alone;
All her lovely companions
Are faded and gone;
No flower of her kindred,
No rosebud is nigh,
To reflect back her blushes,
Or give sigh for sight!

I'll not leave thee, thou lone one,
To pine on the stem;
Since the lovely are sleeping,
Go sleep thou with them.
Thus kindly I scatter
Thy leaves o'er the bed
Where thy mates of the garden
Lie scentless and dead.

So soon may I follow,
When friendships decay,
And from Love's shining circle
The gems drop away!
When true hearts lie withered,
And fond ones are flown,
Oh! who would inhabit
This bleak world alone!
Thomas Moore 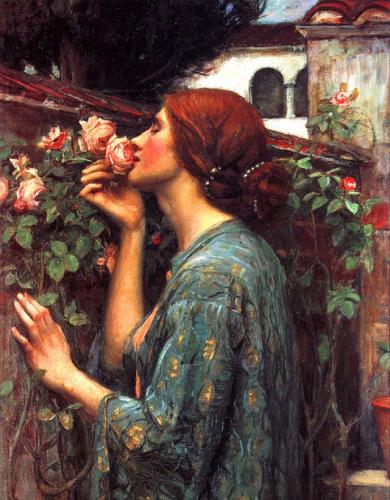 "Softly Now The Light Of Day"


Softly now the light of day
Fades upon my sight away;
Free from care, from labor free,
Lord, I would commune with Thee.

Thou, whose all pervading eye
Naught escapes, without, within,
Pardon each infirmity,
Open fault, and secret sin.

Soon for me the light of day
Shall forever pass away;
Then, from sin and sorrow free,
Take me, Lord, to dwell with Thee.

Thou Who, sinless, yet hast known
All of man’s infirmity;
Then, from Thine eternal throne,
Jesus, look with pitying eye. 
“God turns my darkness into light.”
Psalm 18:28
Posted by Bluestocking Redneck at 9:26 AM No comments:

"Oh Aunty Em!
There's no place like home!"
-Dorothy "The Wizard of Oz"

"Let the miser keep his gold,
And the king his castle hold,
Let the traveler far
in foreign regions roam,
But I, more blest than they,
Want to come at close of day
To the little place I love
called home."
-An Old Irish Melody 
"Mid pleasures and palaces
though we may roam,
Be it ever so humble,
There's no place like home."
-John Howard Payne 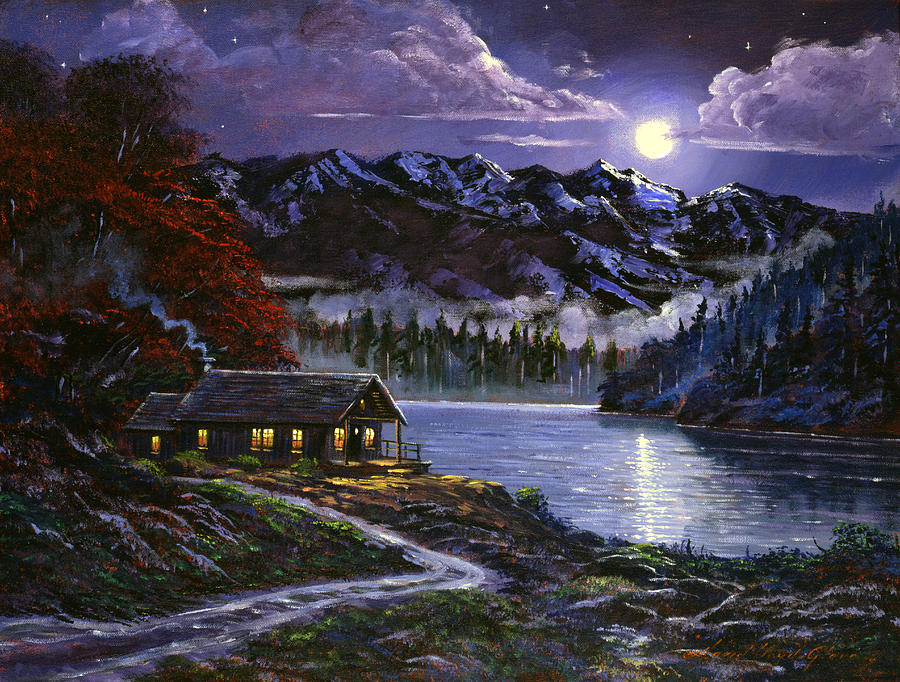 So...
Anyone For Pot Roast
Tonight?

With a slice of freshly baked
Italian bread?

And some old-fashioned
peach cobbler with vanilla ice cream
for dessert? Posted by Bluestocking Redneck at 5:41 PM No comments: “Let us draw near to God
with a sincere heart
in full assurance of faith.”
Hebrews 10:21-22

"All are justified and made upright
and in right standing with God,
freely and gratuitously by
His grace
His unmerited favor and mercy
through the redemption which
is provided in
Christ Jesus"
Romans 3:24

"Because of and through
the heart of tender mercy
and loving-kindness of
our God,
a Light from on high
will dawn upon us
and visit us.
To shine upon
and give light to those
who sit in darkness
and in the shadow of death,
to direct and guide our feet
in a straight line into
the way of peace."
Luke 1:78-79 "I assure you, most solemnly,
if anyone observes My teaching,
lives in accordance with My message,
keeps My word, he will by no means
ever see or experience death."
John 8:51

Blessed assurance, Jesus is mine!
O what a foretaste of glory divine!
Heir of salvation, purchase of God,
Born of His Spirit, washed in His blood.


Refrain
Perfect submission, all is at rest
I in my Savior am happy and blest,
Watching and waiting, looking above,
Filled with His goodness, lost in His love.

Posted by Bluestocking Redneck at 2:57 AM No comments:

"I will be the gladdest thing under the sun!
I will touch a hundred flowers
And not pick one."
-  Edna St. Vincent Millay

One day at a time,
and the day is His day;
He hath numbered its hours
though they haste or delay.
His grace is sufficient;
we walk not alone
As the day, so the strength
that He giveth His own.
-Annie  Johnson Flint 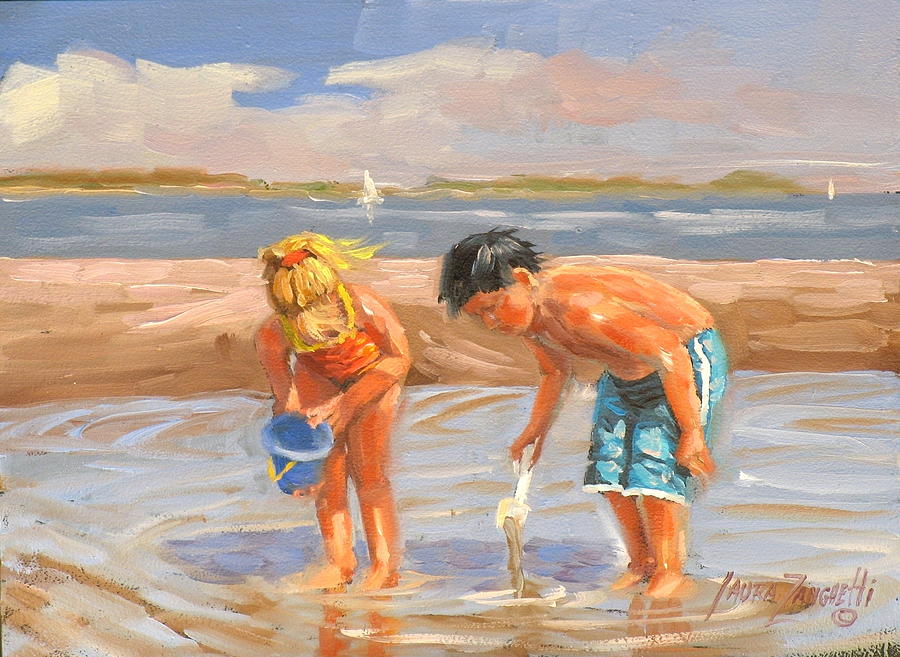 "God's gracious gifts
of sun and sea,
of gentle weather,
within reach
of each
whether
poor or rich.
Yet, at times I wonder-
which is which?"
-Ruth Bell Graham

"The sum of Your words is truth
and every one of Your righteous decrees
endures forever.
Seven times a day and all
day long do I praise You
because of Your righteous degrees.
I have longed for
Your salvation, O Lord,
and Your law is my delight.
Let me live that I may praise
You, and let Your decrees help me..."
Psalm 119:160, 164, 174, 175 Out of the light that dazzles me
Bright as the sun from pole to pole,
I thank the God I know to be
For Christ the Conqueror
of my soul.

Since His sway of circumstances
I would not wince nor cry aloud
Under the rule which men call chance
My head with joy is humbly bowed.

Beyond this place of sin and tears
That life with Him!
And His aid,
Despite the menace of the years,
Keeps, and shall keep me, unafraid.

I have no fear, though strait the gate,
He cleared from punishment the scroll,
Christ is the Master of my fate,
Christ is the Captain of my soul.
-Dorothea Dix Posted by Bluestocking Redneck at 8:49 AM No comments:

Dear Gentle Readers,
I hope you will appreciate
this beautiful story from
America's past. 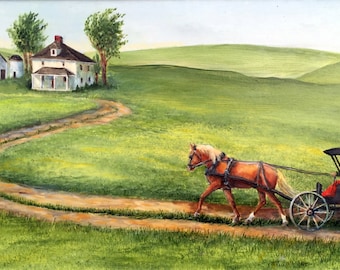 A young American soldier in Korea


An American solider
from North Carolina
serving on the front lines in the
Korean War wrote to Dr. Moore's son:

"Dear old college mate Pete,
(began the letter to my son)
It's a long hike
from Chapel Hill to Korea,
but, buddy, I'm here just the same.
There is a bit
of a lull in the shooting,
for the moment,
but these lulls
are often ominous.
It is bitter cold here
and difficult to combat.
We do not have
the necessary military complements
for this bloody mess out here,
where one's breath
literally freezes in midair.
If it were not for
the emotional plunge
into a business of survival,
this loneliness would become
almost unbearable.
Pete, my pal,
please do me a favor, won't you?
I want you to send to me
the biggest Confederate flag
you can get.
Send it over to me
as soon as possible.
The Chinks are
almost in "spittin' distance" of us,
and they don't mind
taking pot shots at us
even when we are doing
no more than writing a letter
to an old school chum.
I guess you wonder,
in the midst
of all this serious war business,
just what in the world I intend to do
with a Confederate flag.
I am going to let it fly
right in the face
of those yellow boys
the minute it arrives.
Do your best for me, Pete,
won't you?"

At risk of being trite one could say that you can
take a fellow out of college
but you can't take college out of a fellow.

No sooner had Pete received this letter appeal
from his old University of North Carolina school chum
than he came to me for help.

"How can we get a Confederate flag
for this boy, Dad?"

Yes, really how could we?

Here we were right
in the heart of Yankee land,
wishing for a rebel flag.
But after all, the boy wants it
and get it we will-somehow.

A letter was dispatched in the next mail
to one of the largest flag-manufacturing plants
in the world not too distant
from our home in Doylestown, Pennsylvania.

In less than forty-eight hours came a reply.
There were no Confederate flags in stock.
But that was not to be the final word.
No sir, not from this generous, thoughtful,
kind-hearted, flag manufacturer.

Here is his letter:

Dear Dr. Moore,
"I am truly sorry
that we do not have
a Confederate flag in stock,
but I am having one made up
specially for this lad in Korea.
It could be my son, you know.
I will have made
one of the biggest flags
for immediate shipment
to this soldier boy.
We are going to pay
for half of the cost
of manufacture and will ship it
directly to Korea at our expense."

What a wonderful letter-
a real American, this flag manufacturer.
What a thrill!
And now the flag would soon be on its way
and into the hands of the youngster
who had suddenly grown to be a man,
and was accepting the dire
responsibilities of a man.
But, at heart, beneath the grim
and solemn face,
there was someone's "little boy"
far from home and lonely. Sandwiched between World War II and the Vietnam War,
the conflict in Korea (1950-53) has often been referred to as
"America's Forgotten War"


It was not long before we received word
from the Korean soldier
that the flag had arrived,
unharmed, and now it flew
from a provisional masthead.
The chilling breeze of Arctic air
unfurled this beautiful flag
directly in front of the enemy lines.

The Americans have a new flag.
Now what flag is it?
Of course any real southerner
could spot the stars and bars any time, anywhere,
-but not those Mongolians who were bent on killing men.
Life to them was cheap, so why not?

Out went the reconnaissance planes of the enemy.
It took little time to report to headquarters that,
"the Americans have a new and unknown ally".
Their intelligence department came up
with that much, but little more.

And indeed they did have an ally
-thousands of sons from Dixieland-
who were happy to see their much loved flag
fly right along with the Stars and Stripes.

The ghosts of Lee, and Jackson, and old Jeb Stuart
rode across the frozen wastes of Korea. 
God bless all our American heroes
who honorably served our nation in the
past, and those who are
serving in the armed forces of
the United States of America today.

Thank you for my freedom.

"Korean Confederate Flag"
From the book, "Mustard Plasters and Printer's Ink:
A Kaleidoscope of a Country Doctor's Observations
About People, Places, and Things"
By Allen H. Moore MD
(c.1959)
Posted by Bluestocking Redneck at 10:51 AM No comments: