This year marks the 100th anniversary of the end
of World War I.  Often called, "The Great War"
I have often pondered the thoughts and feelings,
not only of the brave men who served our nation,
but those of the courageous women
they loved and left behind,
as they sailed off into the unknown horrors
of the battlefields in Europe.
Wives, mothers, sisters, and sweethearts,
with only prayers and memories and
the tender embrace of hope to sustain
the deep longing to see their beloved
safely return home again.

The beautiful art work of
Norman Rockwell and golden voice
of Nat King Cole blend perfectly
for the spirit of this post. As the month of April ends today,
I want to leave my readers with a beautiful
prayer which God gave to Moses for
Aaron and his sons to bless
His people, Israel.
It is called,
"The Aaronic Blessing" 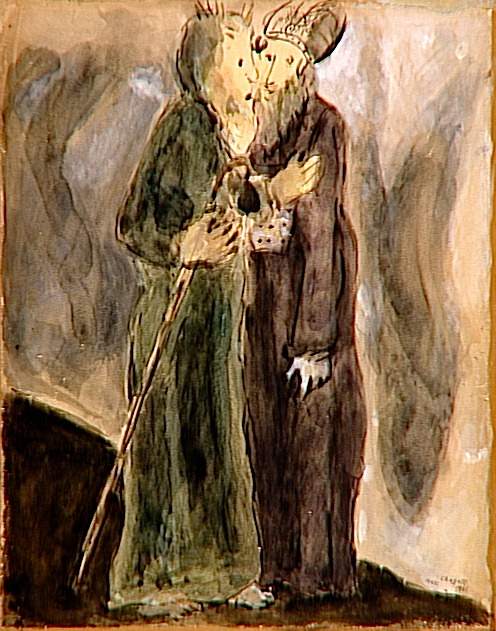 "The Lord bless you
and watch, guard, and keep you;
The Lord make His face to shine upon
and enlighten you and be gracious,
kind, merciful, and giving, to you;
The Lord lift up His approving
countenance upon you and give you peace,
tranquility of heart and life continually."
Numbers 6:24- 26
The Amplified Bible

"The Aaronic Blessing"
Sung in Hebrew and English
Susanna
(2003) "And I will ask the Father, and He
will give you another Comforter
Counselor, Helper, Intercessor,
Advocate, Strengthener, and Standby,
that He may remain with you forever.
The Spirit of Truth, Whom the
world cannot receive, welcome,
take to its heart, because it
does not see Him or know and
recognize Him.
But you know and recognize Him,
for He lives with you constantly
and will be in you."
John 14:16-17
The Amplified Bible
Posted by Bluestocking Redneck at 7:04 AM No comments:

Though I have climbed the Alps where eagles fly,
And walked the seven hills encircling Rome,
I've never felt more kindred to the sky,
Than on these reservations you call Home.

To this Main Street, a mystic hour glass,
Through which life and mystic waters flow,
I have returned to watch the old year pass,
And the new year advance through the veils of snow.

"Through the veils of snow"
Hot Springs, Arkansas in the aftermath of
a Christmas snow and ice storm in 2012


In April I have come to welcome Spring,
When the magnolia blossoms burst in bloom,
And lent my ear to nightingales that sing
Along the race track to a Summer moon.
These hills are alters to which I must return
To light a candle, and to watch it burn.

Posted by Bluestocking Redneck at 10:02 AM No comments:

...A group of travel weary Christian refugees
rejoiced in their hearts, praising God
as their storm-tossed ships safely
reached the shores of their new home
across the sea from England...

One of their first acts after stepping
on solid ground once more, was to drop
to their knees and give thanks to God,
dedicating the soil on which they
humbly knelt and prayed to the
Lord Jesus Christ.

Fast forward 317 years.
America has greatly changed since
the days of the First Landing in 1607.

Mercifully, God has not.

"...and proclaim liberty throughout all the land,
to all its inhabitants..."
Leviticus 25:10

"So if the Son liberates you,
makes you free people, then you
are really and unquestionably free."
John 8:36

Our Father, to whose sleepless eye
the past and future stand
An open page,
like babes we cling
to Thy protecting hand;
Change, sorrow, death,
are naught to us,
if we may safely bow
Beneath the shadow of Thy throne
a hundred years from now.
"A Hundred Years From Now"
Mary A. Ford


"We have been assured, Sir,
in the Sacred Writings,
that,“except the Lord build the House,
they labor in vain that build it.”
I firmly believe this; and I also believe
that without His concurring aid
we shall succeed in this political building
no better, than the Builders of Babel:
We shall be divided by our partial local interests;
our projects will be confounded,
and we ourselves shall become a reproach
and bye word down to future ages."
-Benjamin Franklin "America was founded by people
who believe that God was their rock of safety.
I recognize we must be cautious claiming
that God is on our side,
but I think it's alright to keep asking
if we're on His side."
-Ronald Reagan

Out of the depths have I cried to You, O Lord.
Lord, hear my voice; let Your ears be attentive
to the voice of my supplications.
If You, Lord, should keep account of
and treat us according to our sins,
O Lord, who could stand?
But there is forgiveness with You
just what people need,
that You may be reverently
feared and worshiped.
I wait for the Lord,
I expectantly wait, and in
His word I do hope.
I am looking and waiting for the
Lord more than watchmen for the morning,
I say, more than watchmen for the morning.
O Israel, hope in the Lord!
For with the Lord there is mercy and
loving-kindness, and with Him
is plenteous redemption.
And He will redeem Israel from
all their iniquities.
Psalm 130

"The grass withers, the flower fades,
but the word of our God will stand forever."
Isaiah 40:8

"Blessed, happy, to be envied, our those
who are patient under trial and stand up to temptation,
for when they have stood the test and been approved,
they will receive the victor's crown of life
which God has promised to those
who love Him."
James 1:12
Posted by Bluestocking Redneck at 8:24 AM No comments:

"We live in deeds, not years;
in thoughts, not breaths;
in feelings, not figures on a dial.
We should count time by heartthrobs.
He most lives who thinks most,
feels the noblest, acts the best."
-Festus

Over the years I have garnered much information
concerning life, liberty, and the pursuit of happiness,
not to mention fabulous tips about growing more
beautiful roses, making homemade bread, and
the right times to plant and to harvest the
backyard vegetable garden
according to the cycle of the moon,
not from some random government pamphlet of facts,
but from the contributions of a man
named Robert Baily Thomas and his famous book,
which is still in print over five centuries.
The Old Farmer's Almanac. 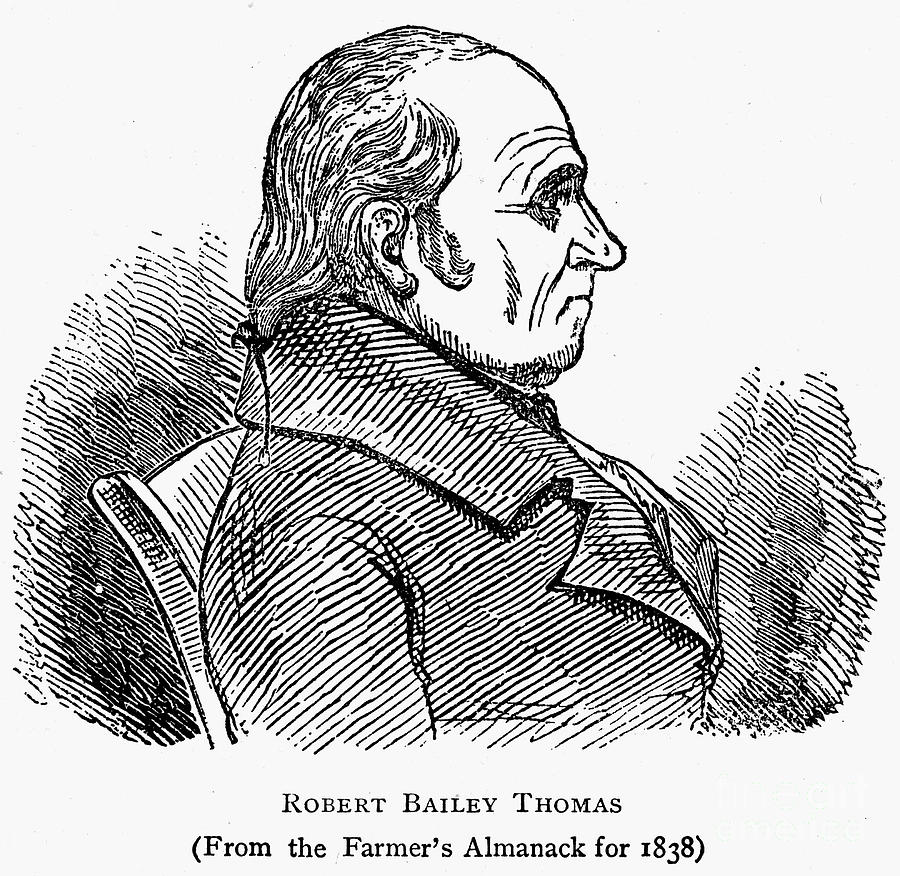 Born in Grafton, Massachusetts  on April 24, 1766,
Robert Bailey Thomas was born a farmer's son,
whose ancestors had immigrated to America
from Wales in 1718.

His family believed that receiving a formal education,
learning to read, to write, and to cipher, which in
that time and place mean't how to apply consumer's
mathematics to solve the problems of every day living,
was as important as knowledge
about the conditions of the soil
for raising the best cash crop, and
the best sod for grazing cows
to produce good milk.

As a child, Robert attended the local village school
where he learned to read and write. His father later
offered to send him to college, but, Robert refused,
preferring to home school himself, dreaming one
day of writing and publishing his own almanac.

Unfortunately, his skills in higher mathematics were poor,
and he had difficulty calculating the positions of the
heavens on which an almanac is based.

So, putting his dream of producing his own almanac
on hold, Robert moved to Boston and enrolled in
a mathematical school in order to learn the skills
needed to compute the tables, dates,
and astronomical calculations for his almanac.

Robert did so well in his studies
that he was able to write and publish
his very first "Farmer's Almanac"
in 1792.

First printed in Boston,
his publishing success there
was curtailed when a wave
of the dreaded smallpox epidemic
swept through the city that same year.

Robert quickly moved his
operations to Sterling, Massachusetts,
where he continued to publish
his yearly almanac until
his death in 1846.

And I am sure he would be
genuinely surprised to see how his almanac's
down-to-earth advice on how to grow
1,000 lbs. pumpkins, whipping up a batch
of Grandma's peanut butter cookies,
challenging brain puzzles and riddles,
folksy anecdotes and humor,
still resonates within
many American hearts today. Combine butter, peanut butter, sugars,
vanilla and egg, beating until light and fluffy.
Stir together dry ingredients and add to butter
mixture, blending thoroughly.
Shape into 1-inch balls and place about
2 inches apart on a baking sheet.
Flatten with fork tines in a
crisscross pattern.
Bake at 350 for 10 minutes
or until lightly browned.
Makes 3 to 4 dozen. 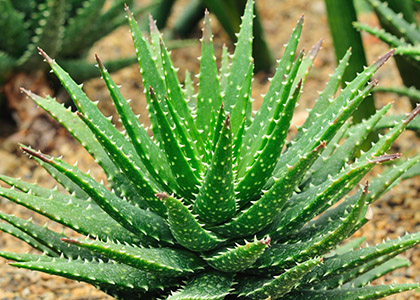 Have you heard the tale of the aloe plant,
away in the sunny clime?
By humble growth of a hundred years
It reaches its blooming time;
And then a wonderous bud at its crown
Breaks into a thousand flowers;
This floral queen in its blooming seen
Is the pride of the tropical bowers;
But the plant to the flower is a sacrifice,
For it blooms but once, and in blooming dies.

Have you heard the tale of the pelican,
The Arab's Gomel el Bahr,
That dwells in the African solitudes
Where the birds that live lonely are?
Have you heard how it loves its tender young,
And cares and toils for their good?
It brings them water from fountains afar
And fishes the seas for their food.
In famine it feeds them what love can devise-
The blood of its bosom-and, feeding them, dies.

Have you heard the tale they tell of the swan,
The snow-white bird of the lake?
It noiselessly floats on the silvery wave,
It silently sits in the brake;
For it saves its song till the end of life,
And then, in the soft, still even,
'Mid the golden light of the setting sun
It sings as it soars into heaven,
And the blessed notes fall back from the skies-
'Tis its only song, for in singing it dies.

You have heard the tales. Shall I tell you one,
A greater and better than all?
Have you heard of Him whom the Heavens adore,
Before whom the hosts of them fall?
How He left the choirs and anthems above
For earth in its wailing and woes,
And suffered the shame and pain of the cross
To die for the life of His foes.
His death is our life, His loss is our gain-
The joy for the tear-the peace for the pain. "And God purposed that through Him all things should be completely reconciled
back to Himself, whether on earth or in heaven, as through Him, the Father,
made peace by means of the blood of His cross."
Colossians 1:20

"The Aloe Plant"
A poem by
Dr. Henry Harbaugh

Posted by Bluestocking Redneck at 6:59 AM No comments: